Dals - Your Vegan Source Of Protein

Protein is an important part of the daily diet for humans. It plays a major role in the development of the human body, specifically in terms of strengthening bones, muscle, cartilage, and even skin. It is particularly important for those who lead an extremely active lifestyle, especially for those who work out regularly, as it helps the body in repairing and building muscle mass. Protein is also good for boosting metabolism and reducing food cravings. These are just some of the reasons why protein is an important part of a daily diet.

How much protein a person needs to consume every day depends on their weight, as a rule of thumb, one should consume 0.83g of protein per 1kg of weight. Typically, the average person needs to have anywhere between 45g to 60g of protein a day. And there are many different sources of protein one can include in their daily diet to hit this target. Consumption of meat is one way to get protein, however, there are many plant-based sources of natural protein as well, the most prominent of which is dal.

There are many kinds of dals, each with different protein compositions. Here is a list of different dal types and which dal is high in protein:

Green grams (also called mung beans) have been cultivated and consumed for nearly 4,000 years in India. They are yellow in color with a green skin covering and are very creamy when fully cooked. They are commonly used in all parts of the country, appearing in various dishes such as green gram curries, green moong dal, and even moong dal cutlets. They are popular in other parts of the world as well, particularly Asian countries, owing to their nutritional value, and are even consumed after fermentation (such as mung bean paste). They are popularly eaten when they have sprouted and sprouted green grams are even better nutritionally since they have lower levels of phytic acid, which usually reduces the body’s absorption of minerals. Green grams have a lot of health benefits: their high quantities of antioxidants help reduce the risk of certain chronic illnesses, and they are rich in potassium and magnesium which help in regulating blood pressure.

Green grams contain 24g of protein per 100g by weight. This is close to half the required daily amount of protein!

Masoor dal is one of the most commonly consumed types of lentils in the country. Popularly known as split red lentils, it comes in all colors from yellow to red to brown, however when split it has a bright orange color. This characteristic orange color turns yellow when it is cooked. It is especially popular for dal dishes in the North and sambar in the South. It is frequently used in other cuisines as well (especially Mediterranean) in the form of soups, stews, curries, etc. Masoor dal boasts many health benefits, along with being great for skin and digestion.

Masoor dal contains 25.64g of protein per 100g by weight. When considering which dal has highest protein, masoor dal is often on the top of the list owing to its high protein content.

Moong dal is essentially split green grams without their green skin covering. They are bright yellow in color, and are extremely versatile, and are used in various cuisines around the world, particularly Asian cuisines such as Chinese and Japanese. They have a creamy texture when fully cooked, and serve as an excellent base for different types of dishes like khichdi and sambar. They have several health benefits too - their high protein content makes them a good weight loss aid. They are also known to be beneficial for blood pressure control.

Moong dal contains 24g of protein per 100g by weight. They are an excellent substitute for meat due to their texture! Urad dal is an extremely popular and commonly consumed pulse in India. It has a cream-ish white color with black skin, and comes in both whole form and split form. It is used in the preparation of idli and dosa batter when ground into a paste along with rice. It is an extremely versatile pulse and can be prepared in a myriad of ways from being used as a paste to being tempered with oil in many South Indian dishes. It has many health benefits, including being a very good dietary supplement for pregnant women due to its high quantities of iron, calcium, magnesium, and potassium. It is also really good for digestion due to its high content of both soluble and insoluble fiber.

Urad dal contains 22.86g of protein per 100g by weight. It is a great choice when considering which dal is high in protein!

Lentils and pulses have been a staple in the Indian diet for several thousand years, and have been a plant-based source of protein in nearly every type of Indian cuisine. Aside from being rich in protein, dals have several other major health benefits as well - most types of dals are very good for digestion and gut health due to their high fiber content. They are also rich in iron, which can be sometimes lacking in a vegetarian diet and is, therefore, a great supplement for those with iron deficiencies. Dals also contain various types of phytochemicals (essentially plant compounds) which can help reduce the risk of certain illnesses. Overall, dals are a great food type to include in one’s daily diet owing to their numerous health benefits and high protein content.

These are just a few examples of which dal has highest protein. There are many other types of protein-rich dals out there, which also have many other health benefits. Lentils and pulses that are naturally produced tend to retain all of their nutrients, such as Himalayan Natives’ range of lentils and pulses. Which dal is your favorite source of plant-based protein? Let us know! 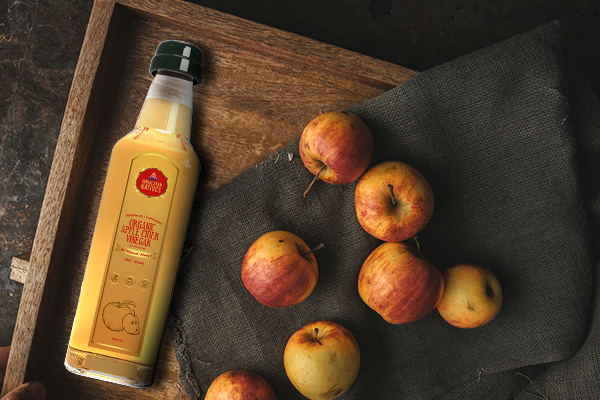